What is Atomic Structure

Atoms are extremely important particles that make all the materials on earth. Atoms are present in our bodies and they bond together to form molecules, which make up matter. Everything in the universe is composed of individual atoms of various elements that combine together to form molecules. The basic structure of an atom consists of a nucleus containing protons and neutrons and a cloud of electrons revolving around the nucleus. 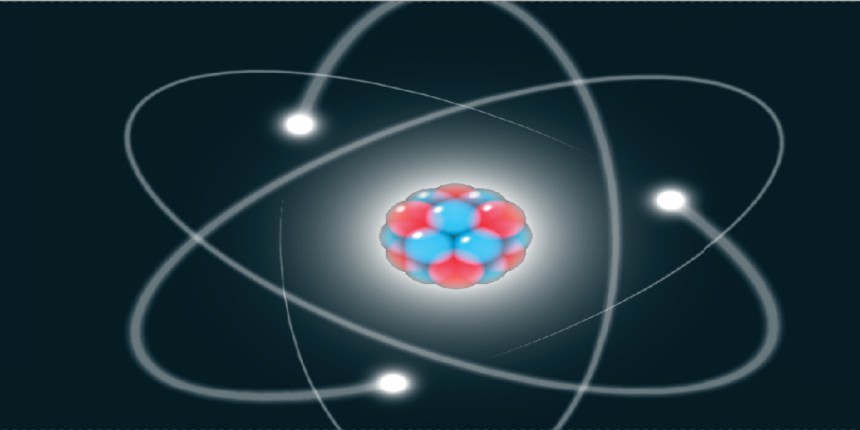 Without atoms, the world wouldn't have functioned. Atoms make matter, and matter makes everything in the world, with a few exceptions. Below are a few examples of how atoms affect the world:

- Atoms of oxygen are in the air and keep us alive because oxygen is needed for breathing.

-Atoms of carbon dioxide are released from our bodies and plants take in the CO2  so that photosynthesis can take place.

-Atoms of oxygen and hydrogen bond together to form a molecule of water (H2O). Water is so important in the world because it has multiple uses(drinking, cleaning, cooking, transportation). Our survival mostly depends on water.

-Atoms of Carbon (C) bond together in a particular structure to form Graphite which we use in pencil.

In notes, we will have step by step discussion on:

1. Topics to be covered in this chapter

2. Overview of the chapter 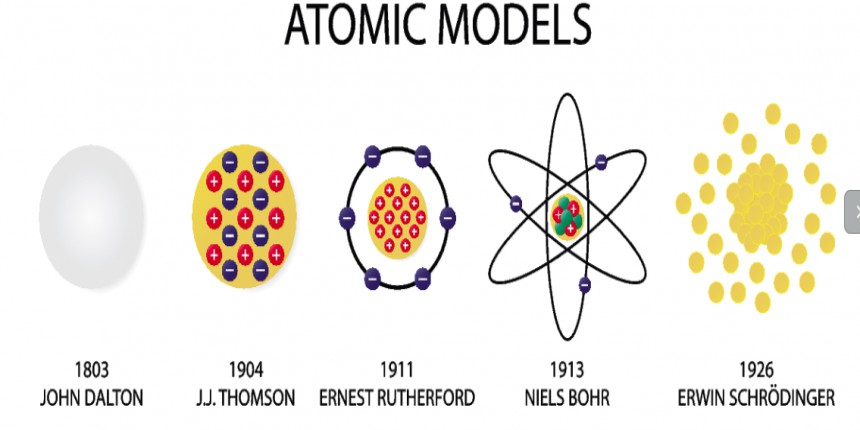 In this chapter, the candidate will, first of all, know about the atomic theory proposed by Dalton in 1808 who regarded the atom as the indivisible particle of matter. At the end of the nineteenth century, it was proved that atoms are divisible and consist of three fundamental particles: Electrons, protons and neutrons. Faraday then discovered electrons using cathode ray discharge tube experiment. Neutrons were discovered by James Chadwick by bombarding a thin sheet of beryllium by

This lies in the ultraviolet region.

This lies in the visible region.

These lie in the Infrared Region. 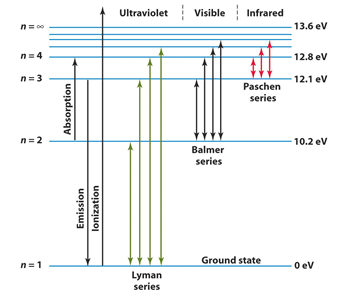 The aspirant will also learn about Planck's quantum theory in which substance absorb or radiate energy discontinuously in the form of small packets. The phenomenon of the photoelectric effect in which there is the ejection of an electron from the surface of a metal when the light of suitable frequency strikes on its surface is something very interesting to know in this chapter. Following it an aspirant will come across four quantum numbers like the principal quantum number, azimuthal quantum number, magnetic quantum number and spin quantum number including the shape and size of different orbitals.

The shape of s orbital: spherical 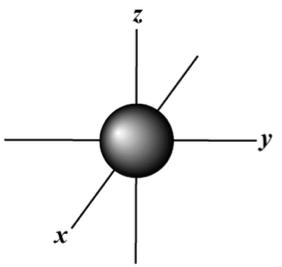 The shape of p orbital: Dumb-bell

Rules for filling of electrons in various orbitals is the very important part to be studied in this chapter which will be helpful in the rest of the chemistry portion especially in inorganic and organic chemistry.

Rule 2 - Pauli Exclusion Principle - Only two electrons are permitted per orbital and they must be of opposite spin.

Rule 3- Hund's Rule - No pairing of electron starts in any of the degenerate orbitals until all orbitals of the subshell contain one electron each with parallel spin. 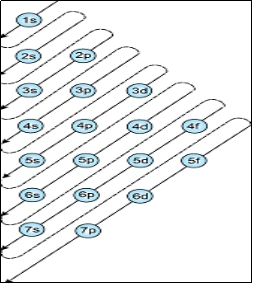 1.  The velocity of the electron in nth Bohr orbit:

2. The radius of nth Bohr orbital:

3. The total energy of an electron in nth orbit:

5.The potential energy of the electron:

Where R is called Rydberg constant,

How to prepare the atomic structure:

First and foremost thing a candidate should do is to read NCERT book and be thorough with all the topics covered in this chapter. In order to get away with the confusion of "How to prepare for atomic structure" the aspirant can also take help of animation and videos which are easily available on the internet, to understand the shape of orbitals, photoelectric effect, Bohr's model and other related topics. It is very important to have a clear picture of the experimental setup and observations in the mind of the candidate. Once the aspirant is thorough with all the concepts of the chapter he/she should've to do the numeric problems. Once all the questions, given in the NCERT textbook are solved and studied, the aspirant can now move to the other books and try to solve more problems given in other books. Books like J.D Lee and O.P Tandon can be studied to have a deep knowledge of the chapter. The candidate should also focus on previous years question papers related to atomic structure. On the basis of analysis, it is found that most of the numerical problems are from Bohr's theory and hydrogen spectrum. These are important topics from exam point of view. So, the candidate should try to solve as many problems from these two topics.

In order to prepare for atomic structure, these are some reference book that should be consulted;