What is Integral Calculus

In Mathematics, Integral Calculus is one of the very important topics to understand, the difficulty of question from this topic is medium and will be easy to solve if you are through with the concept. Every year you will get at max 1 - 3 questions in JEE Main and other exams, directly (as chapter weight in jee main is only 9%) but indirectly, the application of this chapter will be involved in physics and area finding problems. This chapter will be helpful in mechanics to solve the problem which involves integration. It will be a new chapter for student and you will find it difficult to learn initially but with time once you understand the basic concept and do the proper amount of practice you will find it handy. This chapter is highly calculative, so you need to do proper practice, you should solve an ample amount of questions and make sure you are good with calculations. Overall this chapter will be larger than other chapters as it has three topics combined.

If you understand this chapter well you will realize how good tools this chapter provide to you. You will love to solve questions based on this chapter.

Overview of the Integral Calculus:

Introduction: Differential Calculus is centered on the concept of the derivative. The original motivation for the derivative was the problem of defining tangent lines to the graphs of functions and calculating the slope of such lines. Integral Calculus is motivated by the problem of defining and calculating the area of the region bounded by the graph of the functions.

a) The problem of finding a function whenever its derivative is given,

b) The problem of finding the area bounded by the graph of a function under certain conditions.

These two problems lead to the two forms of the integrals, e.g., indefinite and definite integrals, which together constitute the Integral Calculus.

Integration by parts: this method is quite useful when we integrate product of functions If u and v are any two differentiable functions of a single variable x (say). Then, by the product rule of differentiation, we have

Integrating both sides, we get 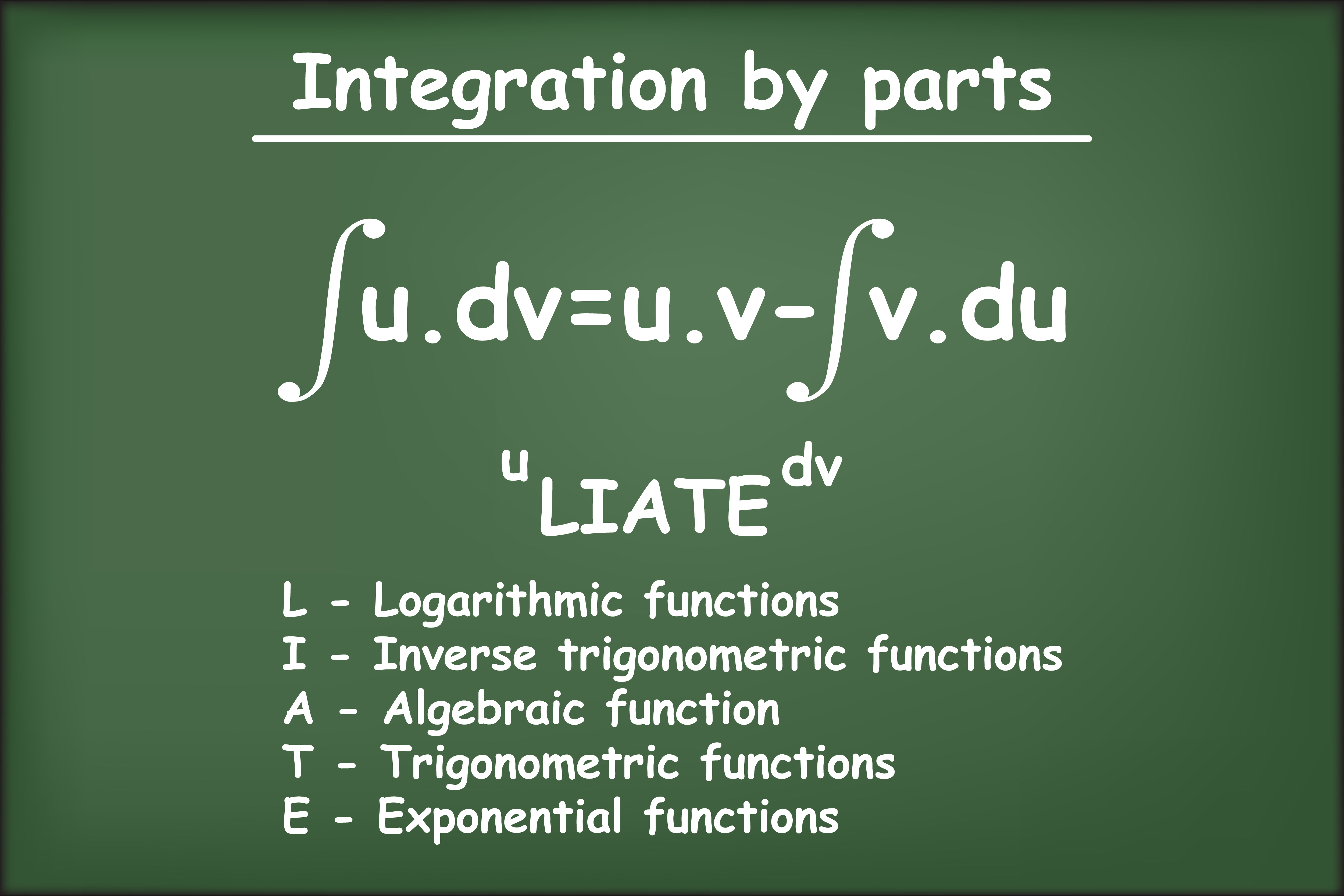 If we take f as the first function and g as the second function, then this formula may be stated as follows:

Integral of some particular functions: integral of the type

The second fundamental theorem of calculus: Let f be a continuous function defined on the closed interval [a, b] and F be an anti derivative of f. Then

Evaluation of definite integral by substitution: To evaluate

, by substitution, the steps could be as follows:

How to prepare Integral Calculus:

First, finish all the concept, example and questions given in NCERT Maths Book. You must be thorough with the theory of NCERT. Then you can refer to the book Integral Calculus Arihant by Amit m. Agarwal or RD Sharma but make sure you follow any one of these not all. Integral calculus is explained very well in these books and there are an ample amount of questions with crystal clear concepts. Choice of reference book depends on person to person, find the book that best suits you the best, depending on how well you are clear with the concepts and the difficulty of the questions you require.