What is Atoms And Nuclei

Everything around us which has mass and occupies space is matter. An atom is the basic unit of matter. It cannot be broken down further using any chemical means because it is the basic building block of an element. Every state of matter solid, liquid, gas, and plasma is composed of either atom either it is neutral (un-ionized), or ionized atoms. An atom is made up of three particles known as protons, neutrons, and electrons. And these particles are also made up from sub-particles. Among these three particles, protons have a positive charge while electrons carry a negative charge and the third particle neutrons have no electrical charge. And the charge of atoms depends on the number of protons and electrons, I.e  An atom is electrically neutral if the number of protons and electrons are equal. And If an atom has more or fewer electrons than protons, then it has an overall negative or positive charge, respectively. These atoms are extremely small or you can say their typical sizes are around 100 picometers. Let's have a look at the below figure. 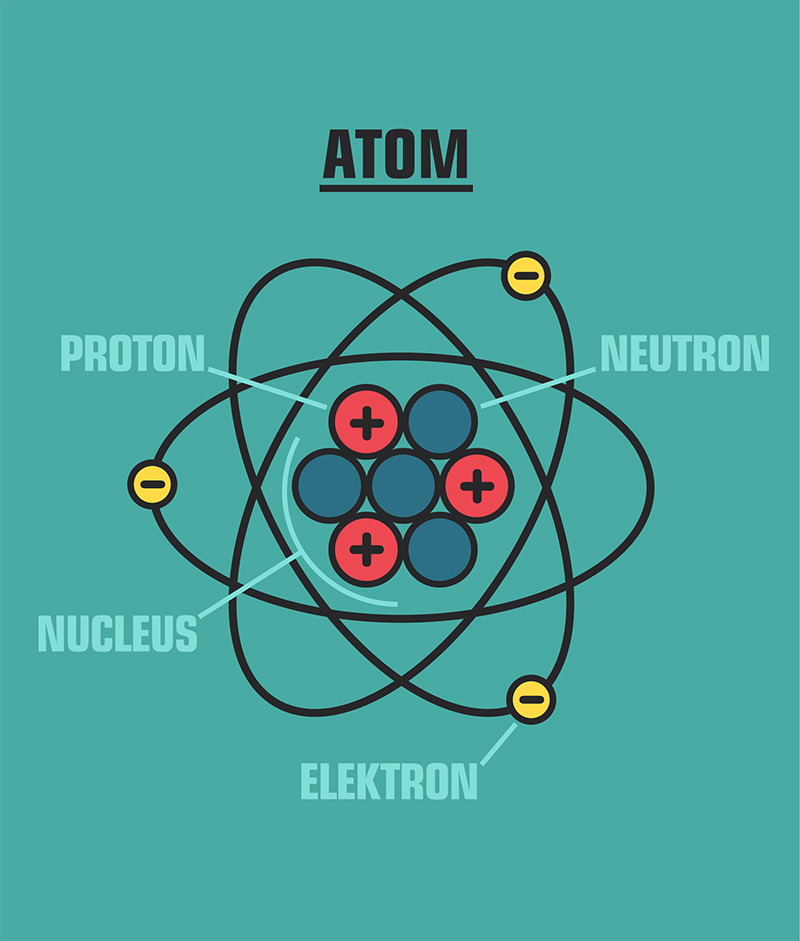 From the figure, it is clear that particles like protons and neutrons are situated at the center of the atom while the electrons are revolving in orbit around this center.

So the dense region consisting of protons and neutrons at the center of an atom in the figure is known as The atomic nucleus of an atom. Every atom is composed of such nucleus and some elections will be surrounding it, bound together by electrostatic force. Studying these atoms and Nuclei will help us to have a thorough understanding of matter. Studying about the nucleus and its reactions will help us to understand more about nuclear energy, which is a very useful renewable energy. That's why it is very important to study about Atoms and Nuclei.

Atoms and Nuclei is one of the most important chapters from modern physics while preparing for all competitive exam because it helps you to understand atoms which are the basic unit of matter. This is easy to understand and a high scoring topic. The Concept of Atoms and Nuclei and some other chapters of physics are mixed in miscellaneous questions which are asked in various competitive exams.

Notes on the Atoms And Nuclei

In Atoms And Nuclei chapter you will study about basic of atoms and basic of nucleus inside the atom. To study about atom various scientists perform various experiments and suggest various models of an atom with some explanation.

For example, Thomson gives the "plum pudding" model in which he said the atom consists of a positive material known as "pudding" with some negative materials  ("plums") distributed throughout. Later, famous scientist, Rutherford gives Rutherford's model of the atom after performing an Alpha Particle scattering experiment.

So in this chapter, you will learn about 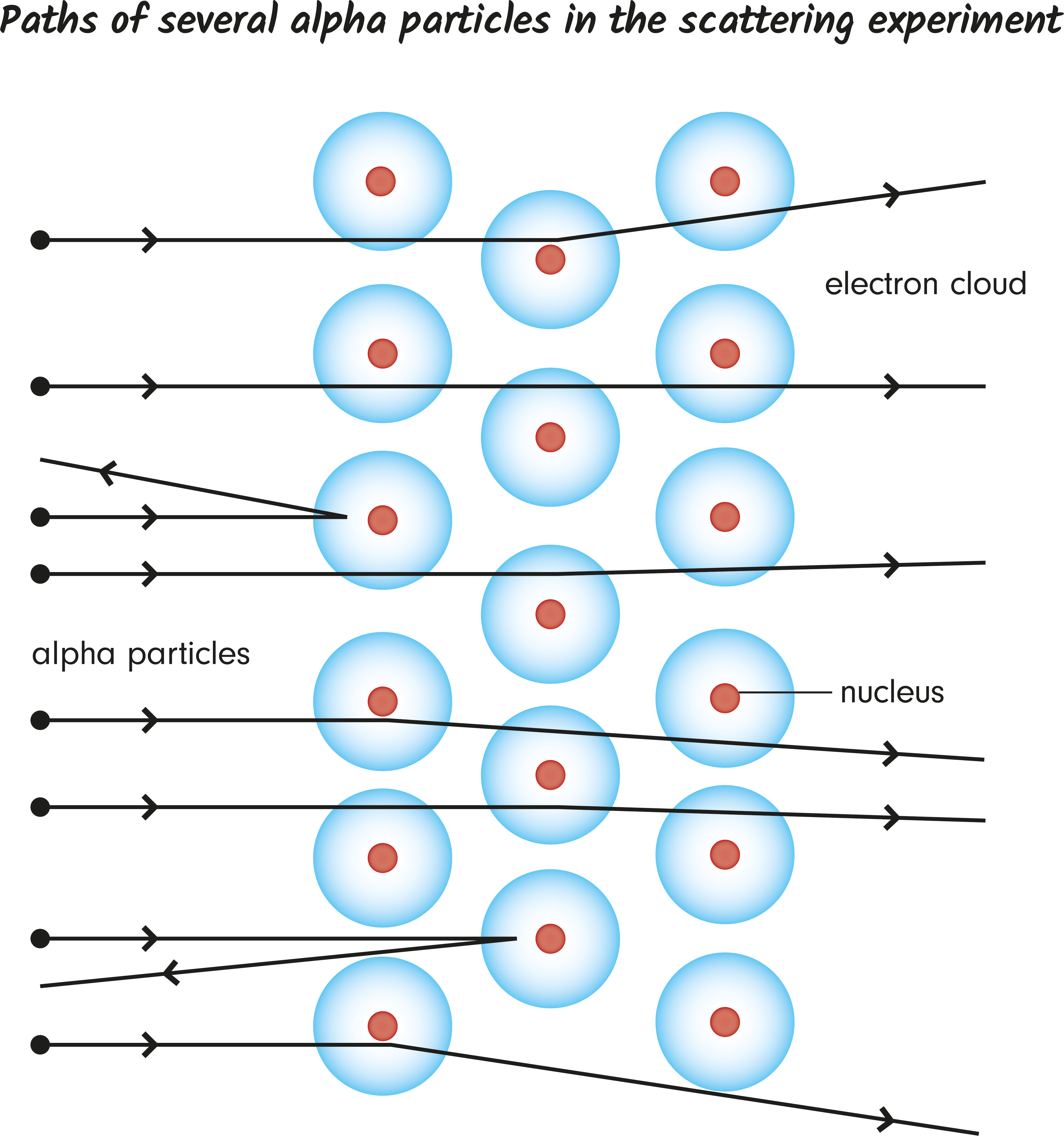 This model is a modification of the earlier Rutherford Model. According to this model, an atom consists of a small, positively-charged nucleus and negatively-charged electrons orbiting around it in an orbital. These orbital can have different sizes, energy, etc. And the energy of the orbit is also related to its size, I.e The lowest energy is found in the smallest orbit. So if the electron is orbiting in nth orbit then we will study about its Velocity in nth orbital, Radius of nth orbital, Energy of electron in nth orbit, etc. Energy is also emitted due to the transition of electrons from one orbit to another orbit. This energy is emitted in the form of photons with different wavelengths. This wavelength is given by the Rydberg formula. You will also about Bohr Model of Hydrogen atom. When electrons make transitions between two energy levels in an atom various spectral lines. The emission spectrum of the hydrogen atom has been divided into various spectral series like Lyman series, Balmer series, Paschen Series Etc.

Understanding all these concepts will help you to understand atoms and nuclei chapter.

How to prepare for Atoms and Nuclei

First, you should have good command over the concepts of Atoms and Nuclei and you should also know how to apply them well at the time of the entrance exam or while solving questions. Please try to understand each concept from this chapter, with the help of theory, questions with solutions and video lectures on each important concept. For each concept practice enough problems so that you have a thorough understanding of the concept. Solve all the questions at home with proper concentration and try to do all calculation by yourself without seeing the solution first. Concepts like  Bohr quantization principle, Energy emitted due to the transition of electrons, graphs of Binding energy per nucleon, Law of radioactivity, etc are very important with respect to various competitive exams. Remember all the formulas of calculating Radius, Velocity, Energy of electron in nth orbit. This will help you while solving questions. Practice problem on calculating the Q value of reactions.

For Atoms and Nuclei, chapter concepts in NCERT are enough but you will have to practice lots of questions including previous year questions and you can follow other standard books available for competitive exam preparation like Concepts of Physics (H. C. Verma) and Understanding Physics by D. C. Pandey (Arihant Publications).

Topics from Atoms And Nuclei

Frequent Doubts from Atoms And Nuclei

Important Books for Atoms And Nuclei