In your childhood, have you played the plastic chair and towel game? If you haven’t played yet, then let's try this interesting game. For this game, you require 2-3 people, one plastic chair and a towel. First of all, one person should sit on the chair with both feet above the ground (no body part should in contact with the ground or any other thing except chair) and then one person take a towel and hits the back of the chair for 30 seconds. When someone will touch the person who is sitting on the chair, he or she will get a very mild electric shock. Now if you are wondering how can this happen, then the concepts of electrostatics will help you to understand this phenomenon. Electrostatics constitutes of two words “Electro” means electron or charge and “Static” means at rest. So in this plastic chair and towel game, due to the beating of the towel, the charges are generated and we get shocked due to these static charges. The similar phenomenon is when we comb our hair on a dry day and bring the comb close to tiny pieces of paper, we note that they are swiftly attracted by the comb. 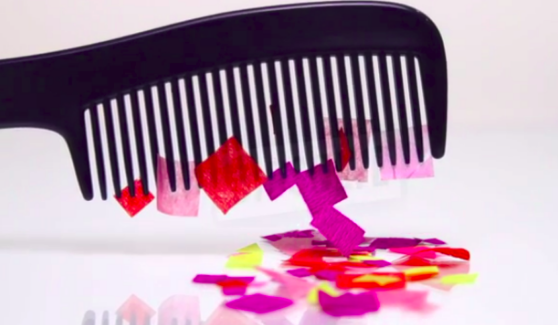 In electrostatics, we are only concerned about the charge which is at rest, meaning the charge is not moving like the electric current. In this chapter, you will find a lot of similarities between electrostatics and gravitation. If you have weak concepts in gravitation then read that chapter first. Just like gravitation, we have charge (electrons) in place of mass and the relation of Electric force is also similar, here Electric Force exerted by one point charge on another act along the line between charges. It varies inversely as the square of the distance separating the charges and is proportional to the product of charges. The basic difference between gravitational force and electric force is that the former one only attracts while the latter one attracts only if the charges are of opposite nature (positive and negative) and a repulsive force acts if the charges have same nature.  Electrons are known to have a negative charge while protons have a positive charge. When you will further proceed you will find other similar concepts to Gravitation like Electric Field, and Electric potential. And then you will get to know about Gauss’s Law which helps in easy calculation of Electric Field and it is a very important concept because calculating electric field by using integration can be a mess sometimes. Another important concept in this chapter is an electric dipole (forms when a pair of equal and opposite point charges are separated by a fixed distance) which occurs in nature in a variety of situations. The Hydrogen Fluoride molecule (HF) is a typical example of an electric dipole. Every electric dipole is characterized by its electric dipole moment which is a vector “p” directed from negative to the positive charge. In gravitation, we do not have dipoles can you suggest why?

Yes, you are right, the gravitational force is always attractive hence no dipole formation.

Further, in this chapter, you will learn about another important concept of capacitors. The capacitor is a device which can store electric charge and potential energy. Capacitors have various applications in real-life like the flashlights in cameras, in fan motors etc.

How to prepare Electrostatics?

Before solving questions of electrostatics first you should be comfortable with the concepts which you have read in gravitation, because of the similarity it is very important for you to have good hold in gravitational concepts. In this chapter, most of the problems will ask you to calculate the electric field or electric potential, so practice more on these concepts. Also in some problems, you might find the use of mechanics concepts, so keep revising the mechanics part as well. This chapter is more of a concept based rather than memory based, so practice is the key here.

First of all, read the NCERT book, each and every concept is explained in a very simple language and examples given in the book are also good. After reading you could solve questions from NCERT Exemplar. And if you are preparing for competitive exams like JEE or NEET you could follow Understanding Physics by DC Pandey.